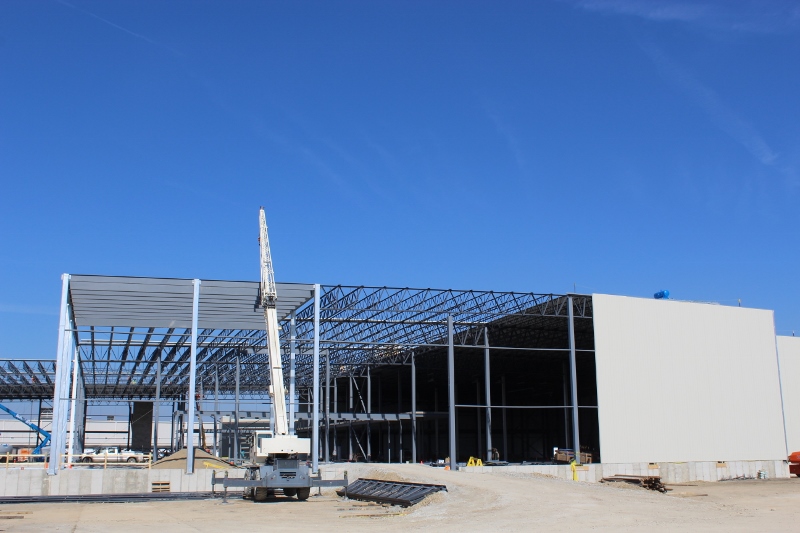 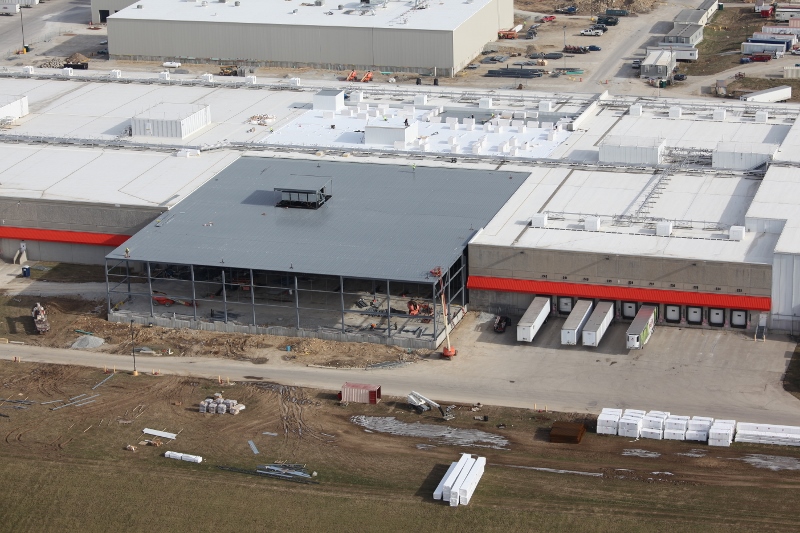 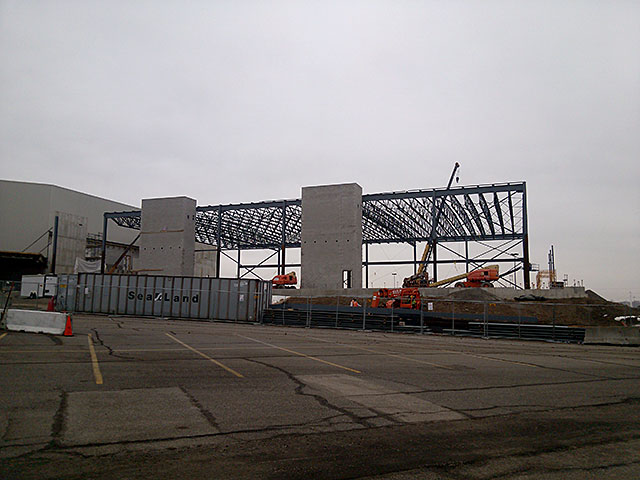 The dairy will produce 30 million gallons of Meijer-branded milks, fruit drinks and teas. It will also allow Meijer to manufacture a variety of other products, including organic milk, cottage cheese, sour cream, and Greek yogurt, for sale in about 100 stores in the southern half of Michigan-based Meijer’s five-state footprint.

Structurally, the dairy and warehouse construction featured joist and joist girder framing with a walkable ceiling supported from the roof structure in the new dairy that allows workers to access roof supported piping and mechanical units while still providing a clean look from below in the process areas. The fast paced schedule produced some challenges during the design and construction of the project which featured a 140,000 lb., 305 foot long conveyor bridge, with a main span of 120 foot, that connected the new dairy to the refrigerated warehouse expansion while maintaining the use of all existing dock doors, without interrupting truck traffic within the main artery of the facility. Additionally, to keep up with the fast paced schedule, a 300 foot long, 48″ diameter storm line under the Dairy foundations was abandoned during construction. The pipe was grouted full and the foundation walls were redesigned to bridge the abandoned pipe. 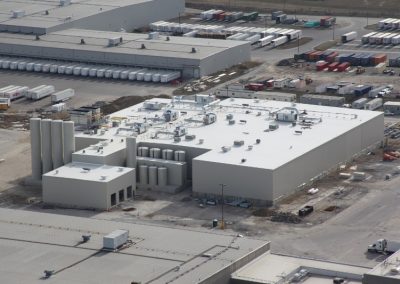 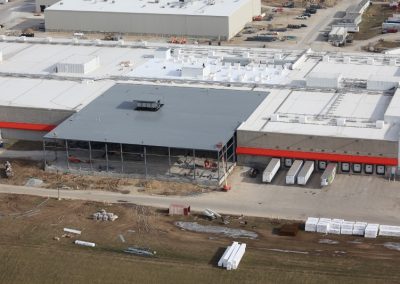 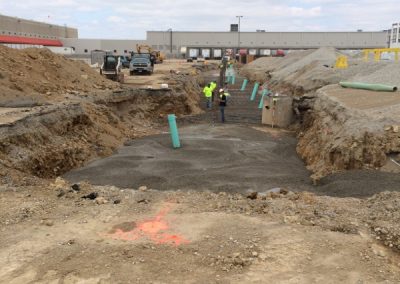 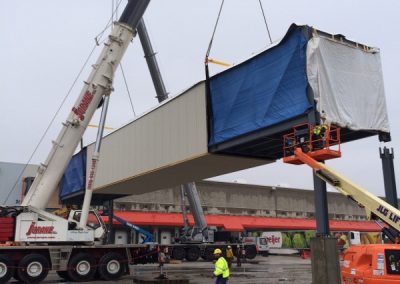 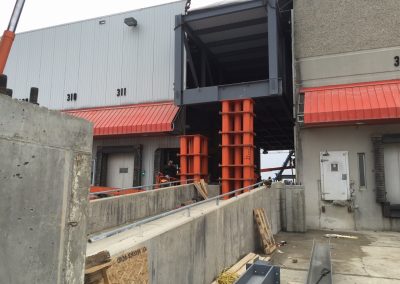 Bridge was slid through hole in existing warehouse 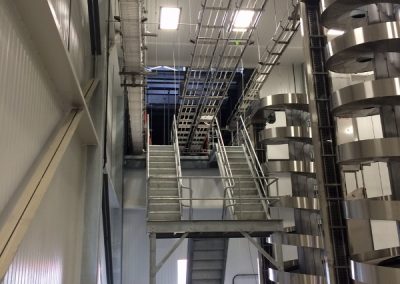 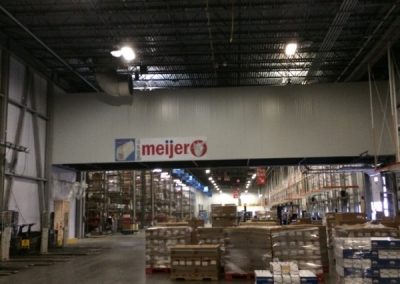 Bridge from inside of warehouse 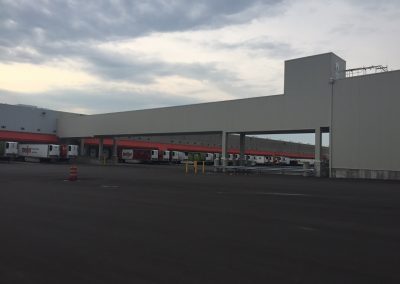 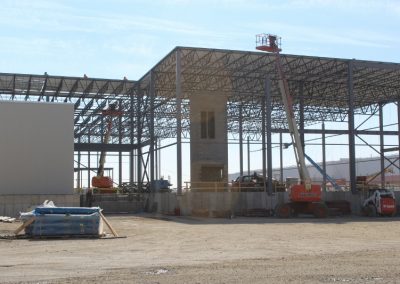 Steel and Elevator Shaft during erection 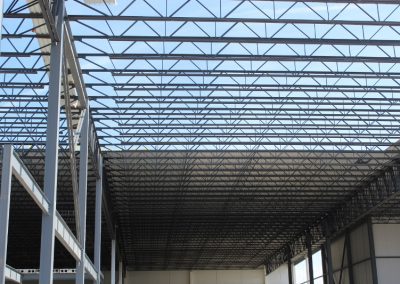 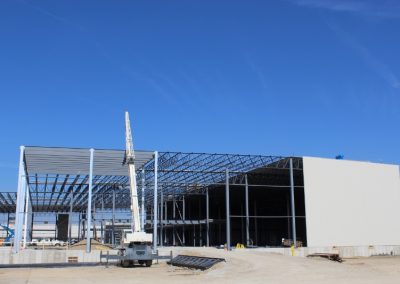 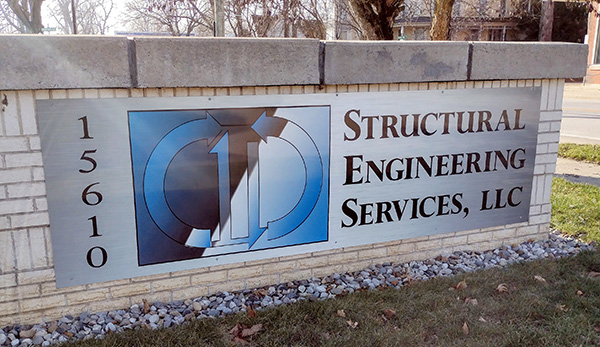